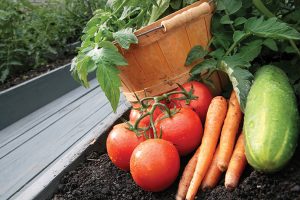 Synthetic fertilisers were developed during the Industrial Revolution, whereas organic fertilisers have fed the soil since time began. Synthetic fertilisers are produced chemically and are made to a recipe and provide a fast release of essential nutrients. Often, the mixture of elements is designed for specific plant species. For example, a synthetic citrus fertiliser is chemically balanced to provide citrus trees with everything they need. They don’t rely on the micro-organisms to make the nutrients available to the roots and the nutrients dissolve quickly, allowing the plant to absorb them immediately. These chemically-based fertilisers are high in NPK and can come in fast, controlled and slow-release formulations.

Organic fertilisers are made from any material that contains carbon and once was alive – for example, leaves, animal skeletons and manure. Organic fertilisers come in several different forms. They can be pellets such as chicken manure; they can be solid/powder, such as blood and bone; or they can be liquid, which you add a little of to your watering can. If liquid is poured over the leaves, they are immediately able to absorb the nutrients (though in winter this process is slower).

The other positive aspect of organic fertilisers is they help to increase the biodiversity of your soil; the more micro-organisms in your soil, the healthier it will be. Micro-organisms include bacteria, viruses and fungi as well as larger creatures such as worms and beetles. These organisms are all involved in the decomposition process. For example, some fungi are able to break down organic matter into tiny components and then bacteria transform the nutrients into forms that roots can absorb. Some fungi and bacteria protect the plants’ roots from being attacked. 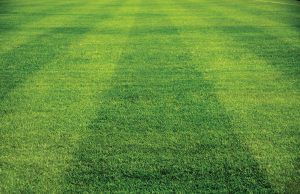 There are so many ways to improve the turf and the best way in Perth is to apply composted organics to the soil. In addition to providing nutrients and habitat to organisms living in the soil, organic matter also binds soil particles into workable soil and improves the water holding capacity of soil, as well as holding onto fertiliser/nutrients applied as well. Most sandy soils contain 2-10 percent organic matter. However, even in small amounts, organic matter is very important.