A key indicator of soil health is the amount of its carbon-rich organic matter. Such soils hold more nutrients and water, and thereby improve productivity and water conservation. 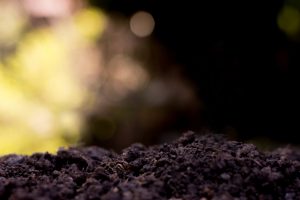 Better soils help alleviate the consequences of climate extremes, such as droughts and heavy rainfall events. Since healthy soil allows more water to infiltrate and retains more moisture, it promotes the effective absorption of extreme rainfall as well as support crops during droughts.

Increasing carbon in soils also removes greenhouse gases from the atmosphere and so may contribute to mitigating climate change. Only in recent history has the understanding of soil productivity been tied to soil organic matter (SOM) levels, with the depletion of SOM stocks often leading to large-scale impacts on whole ecosystems as well as the entire planet – for instance the much-publicised destruction of rainforests. In September 2021, The Food and Agriculture Organization of the United Nations (FAO) launched key tools for climate action designed to encourage soil organic carbon maintenance and sequestration (1).

Eco conscious companies such as family-owned Richgro has substantially invested in soil carbon research. Richgro and UWA are currently working together in testing new compost materials as a carbon source, testing these for soil amendment in relation to the Carbon/Nitrogen (C/N) ratio cycling processes and soil incubation. So far plant growth experiments are showing great results with plant nutrition and rhizosphere processes (the area around a plant root that is inhabited by a unique population of microorganisms influenced by the chemicals released from the plant root).

The company aims to use the results of this research towards new commercial lines in the near future. Troy Franks, Commercial Sales and Operations Executive at Richgro concludes “Soil Science is the future whether it’s economics, agriculture, forestry, mining … there are endless reasons why. So, if we don’t keep innovating and evolving, we will all be left behind”.